Daniel Barenboim reveals radical new piano design to the world and proclames that he has fallen in love with it. Conceived in 2011, the Barenboim piano has taken 18 months and 4,000 people hours of work to build – the piano has been compared to Steinway and may one day go into wider production

Posted by Britannia Piano Auctions in Uncategorized on May 29, 2015

“I’ve fallen in love with it,” beamed Daniel Barenboim as he unveiled what he believes is a groundbreaking new piano, one which he conceived and commissioned, and has been dreaming about since 2011. “I want to spend as much time with it as possible.” 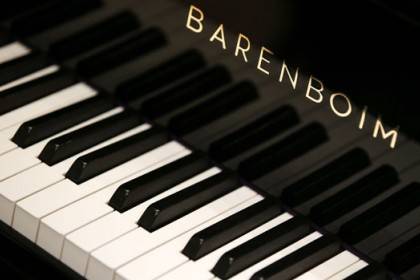 To a small audience of journalists, Barenboim played 30 seconds from the slow movement of Beethoven’s Appassionata Sonata on his traditional Steinway before playing the same notes on his new piano.

Some were thrilled by the difference. Others furrowed their brows at the similarity. What no one could disagree on was the maestro’s passion for his new instrument.

Barenboim declared it a “sound alternative”. One piano was not better than the other but: “There is a difference in the quality of the sound … it has more transparency, more clarity and by itself less blend but it gives you the opportunity to create a blend yourself as a player – and I like that.” 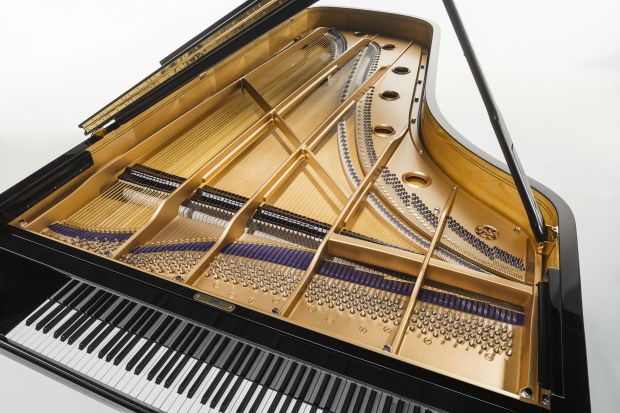 The exterior looks much the same as any other modern concert grand piano but inside there are some dramatic differences.

Designed by the Belgian instrument maker Chris Maene, the Barenboim has straight parallel strings instead of the diagonal-crossed ones of a contemporary piano. The wooden soundboard veins go in different directions. The bridges, ribs and bracings are specially-designed and the hammers and strings (yellow brass rather than red brass) have been repositioned.

All of this creates a piano which has a different sound and one which he has to play in a different way, he said. “It is a different relationship between the tip of the fingers and the key. And the peddling … the transparency of the sound makes you rethink the use of the pedals.”

Barenboim’s epiphany came in September 2011 when he visited Siena and got the opportunity to play on Franz Liszt’s restored grand piano. Struck by the difference in sound he began to dream of a brand new piano which combined the evenness of touch, stability and power of a modern instrument with the “transparent sound quality and distinguishable colour registers” of Liszt’s 200-year-old piano. 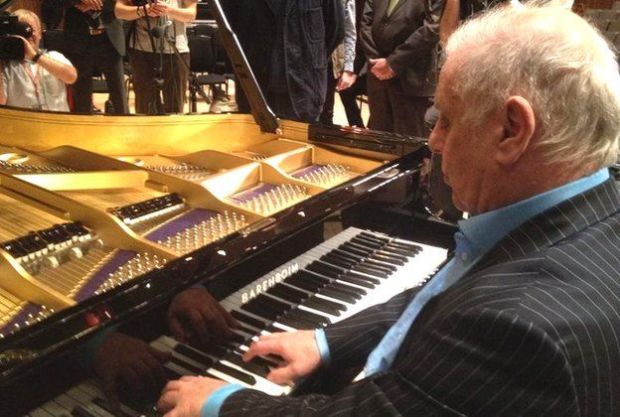 Almost all concert pianists today play a Steinway and even alternative makers base their instrument on the Steinway D, first built in 1884.

Its ubiquity is part of its strength, said Barenboim who has been happily playing one for 65 years. “The great advantage of Steinway is that over the years it has created an instrument that has enormous homogeneity. If you listen to some of the old pianos which still exist in recordings this homogeneity of the sound is quite obvious and wonderful.”

Barenboim approached Steinway to see if they could create his dream piano. They could not, but pointed him towards Maene who then stressed the need to have Steinway involved, not least because they would have to provide all the components.

“Let me make it very clear,” said Barenboim. “It is not a question that there was anything wrong with Steinway. What this provides is a sound alternative and as in everything in life, everything has advantages and disadvantages.”

As things stand, there are only two examples of the new piano, one for Barenboim, one for Maene.

It has taken 18 months and 4,000 people hours of work to build it and Maene is hopeful it may one day go into wider production. “I’m sure there will be a demand from artists who want something else.”

Next year he will be back, in what will be the 60th anniversary of his first appearance at the Royal Festival Hall aged just 13, performing both of Brahms’ piano concertos back to back.

In between the energetic 72-year-old will be at this summer’s Proms as a soloist and conductor of his West-Eastern Divan Orchestra, consisting of young Arab, Israeli and European musicians.

Each time he will have his new piano. Even though he has only had the finished instrument for six weeks, his passion for it seems boundless.

But it was, he said, like falling in love with a new person. “You want to go with them everywhere … I want to play everything.”

Here at Britannia Piano Auction we bring you the latest news in the piano world and offer the best prices on pianos at our auctions. 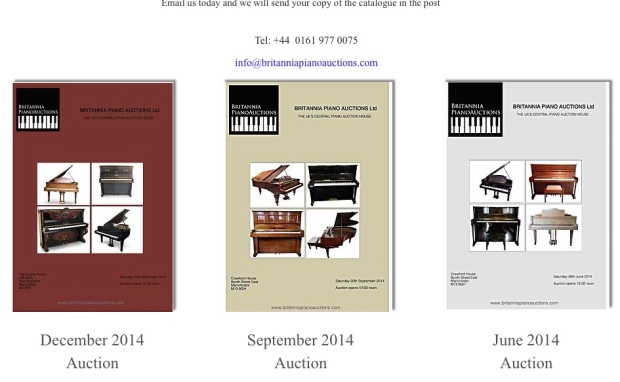 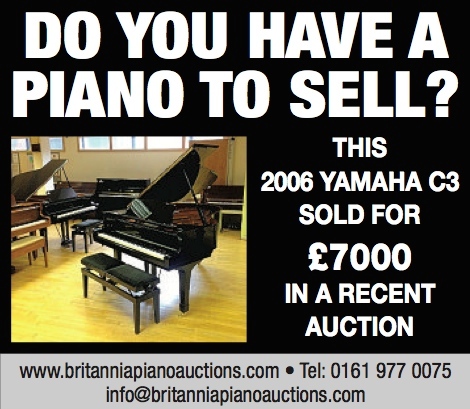